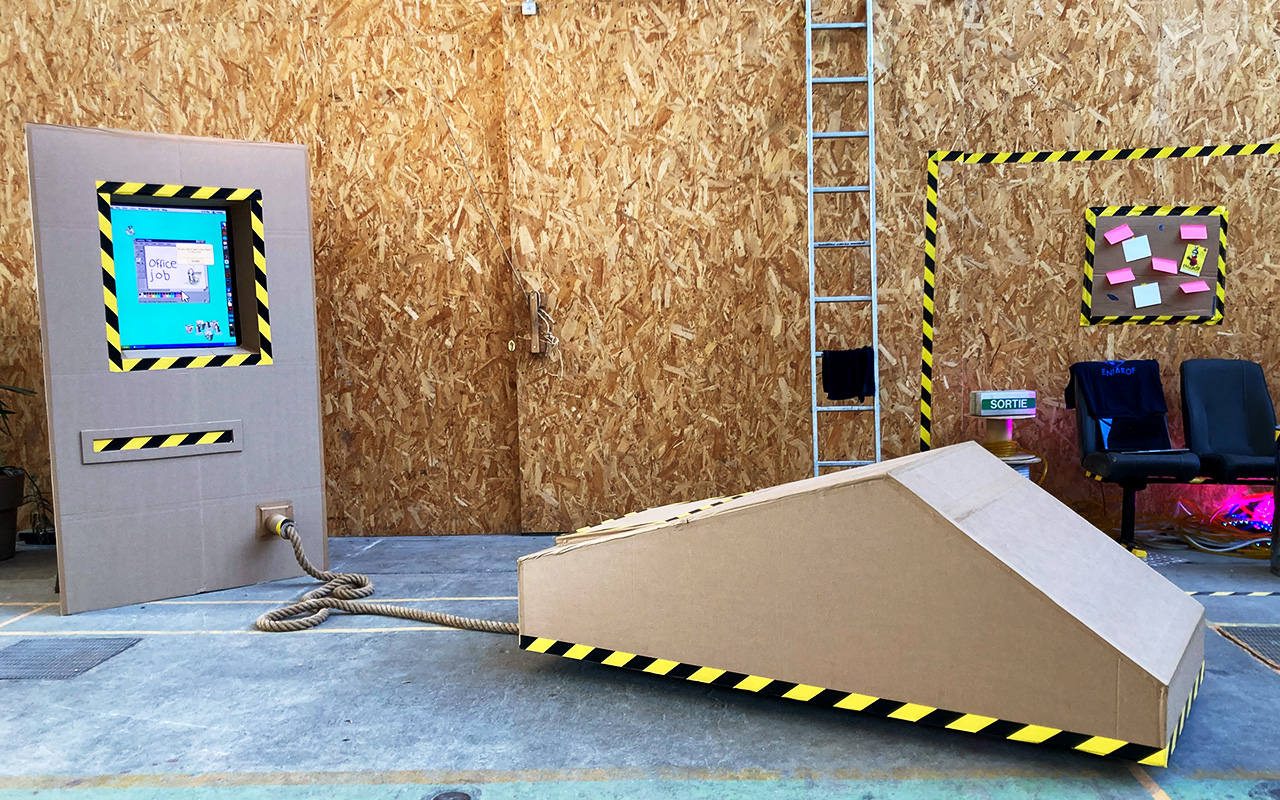 created with Thomas Molles and Pierre Blanchard for ENIAROF at les 8 pillards, Marseille

By the end of April 2022 I was finally invited to join another ENIAROF, this time in the beautiful city of Marseille in southern France. Besides setting up FOOFA Handicup, our last installation from 2018, we also created a new game called Office job, which is an oversized PC setup running a somewhat special operating system.

After accepting Clippy's warm invitation to start a new game and - of course - agreeing to the end user licence agreement, disaster takes its course. Using a very big mouse, players have to keep the system up and running by defeating the flood of error messages. Some pop-ups require players to choose the correct option or two more will appear. Each pop-up clicked away gives one point, but things break faster and faster, and too many errors at once cause the system to crash. Luckily it resets after a short while, so one can set out for a new Highscore. 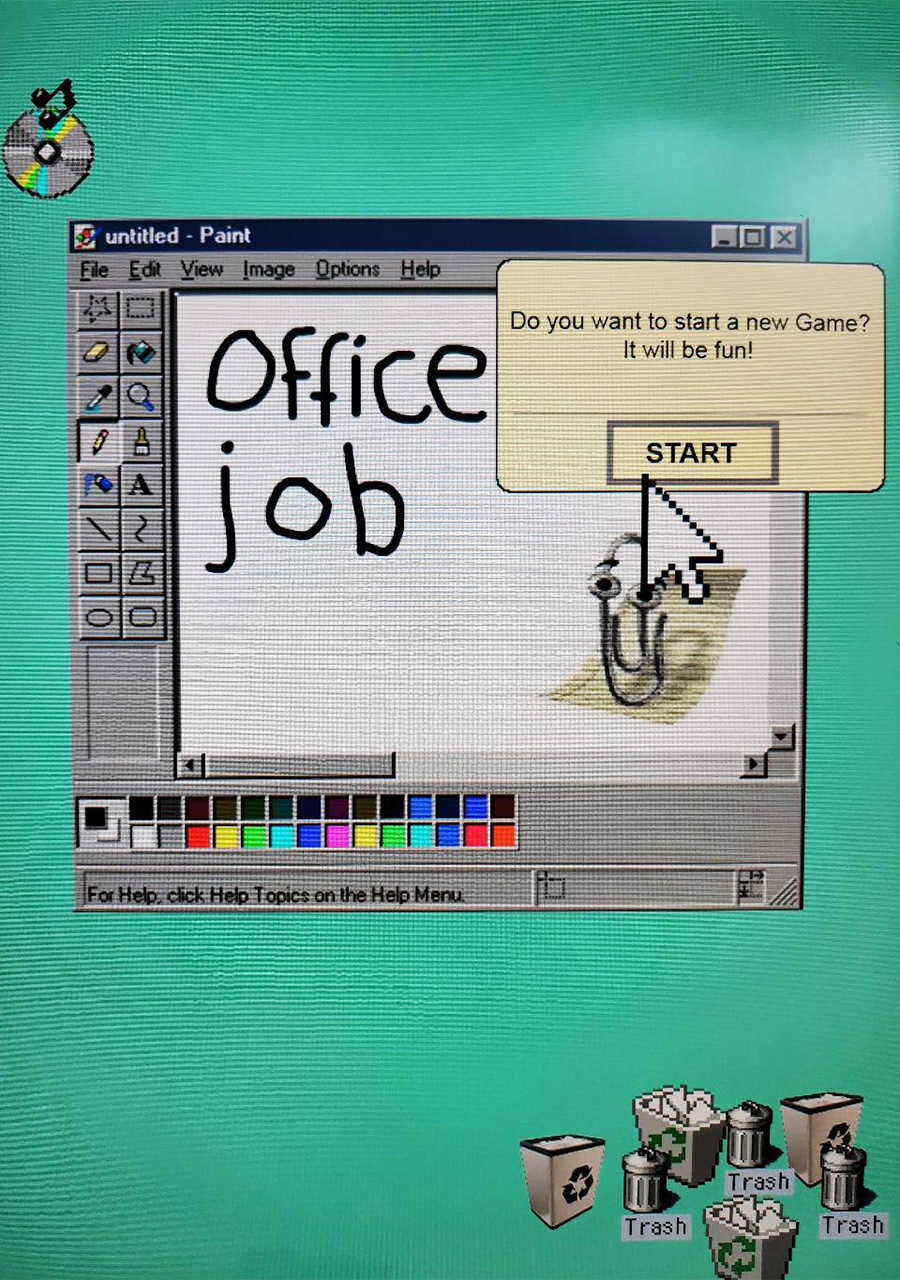 Inspired by the chunky and angular shapes of computers from the 80s, Pierre and Thomas have built a beautiful gigantic mouse and computer, while I was busy programming and building electronics.
The construction of the mouse is based on a palett with four coaster wheels underneath, so it can be pushed around easily. For the enclosure we used very tough cardboard and also some wooden strips inside to make it more stiff. The most challenging part was finding a mechanism for a satisfying click sound and feel, but after a few failed attempts, the decisive hint came from the kitchen! If you push in the bottom of a large, empty five-litre can, it pops out again, acting like a spring and making a loud clicking sound. So we placed the can inside the mouse and used a threaded rod screwed to the bottom of the can to redirect the force from the button press. By adjusting the length of the threaded rod it was easy to fine tune the pressure point. 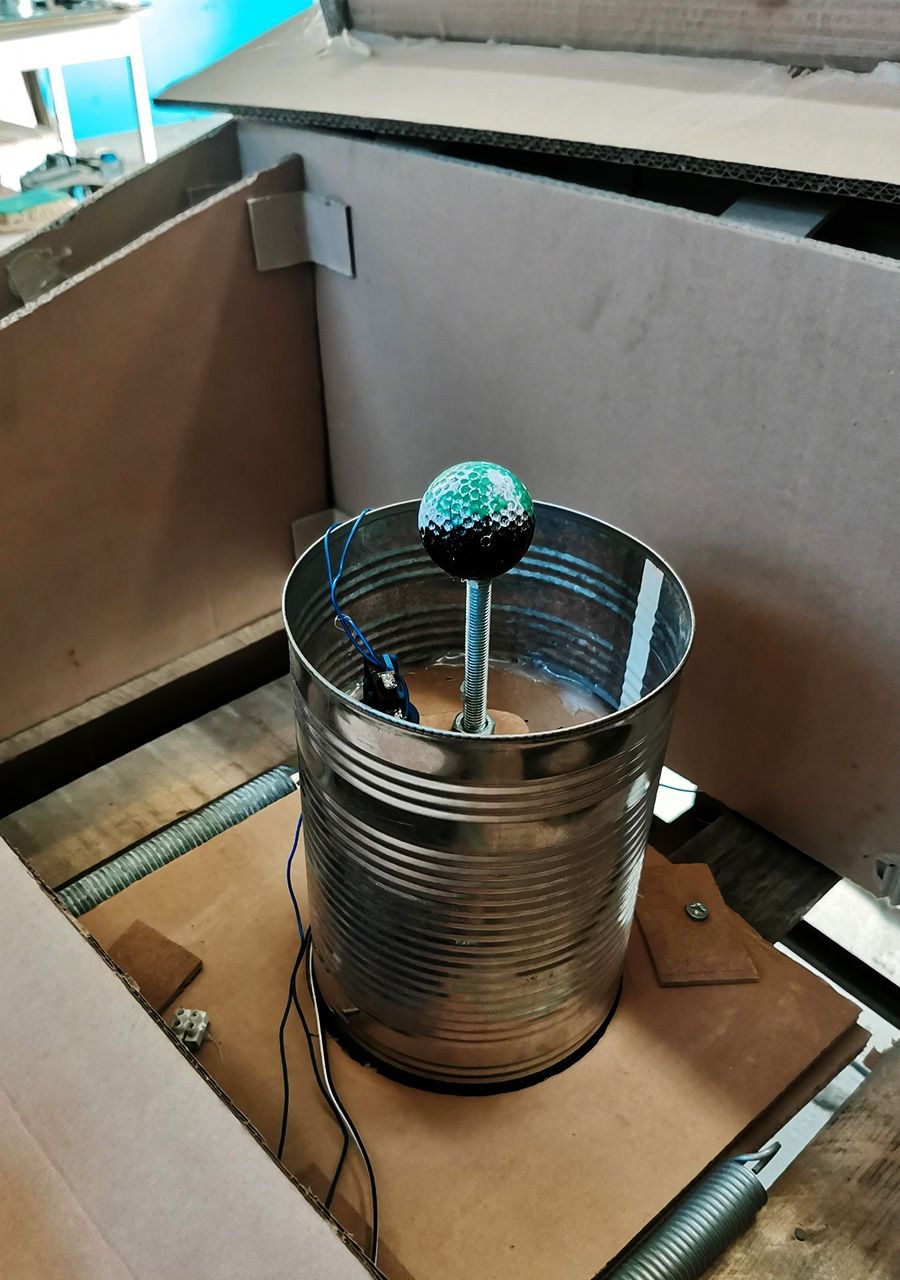 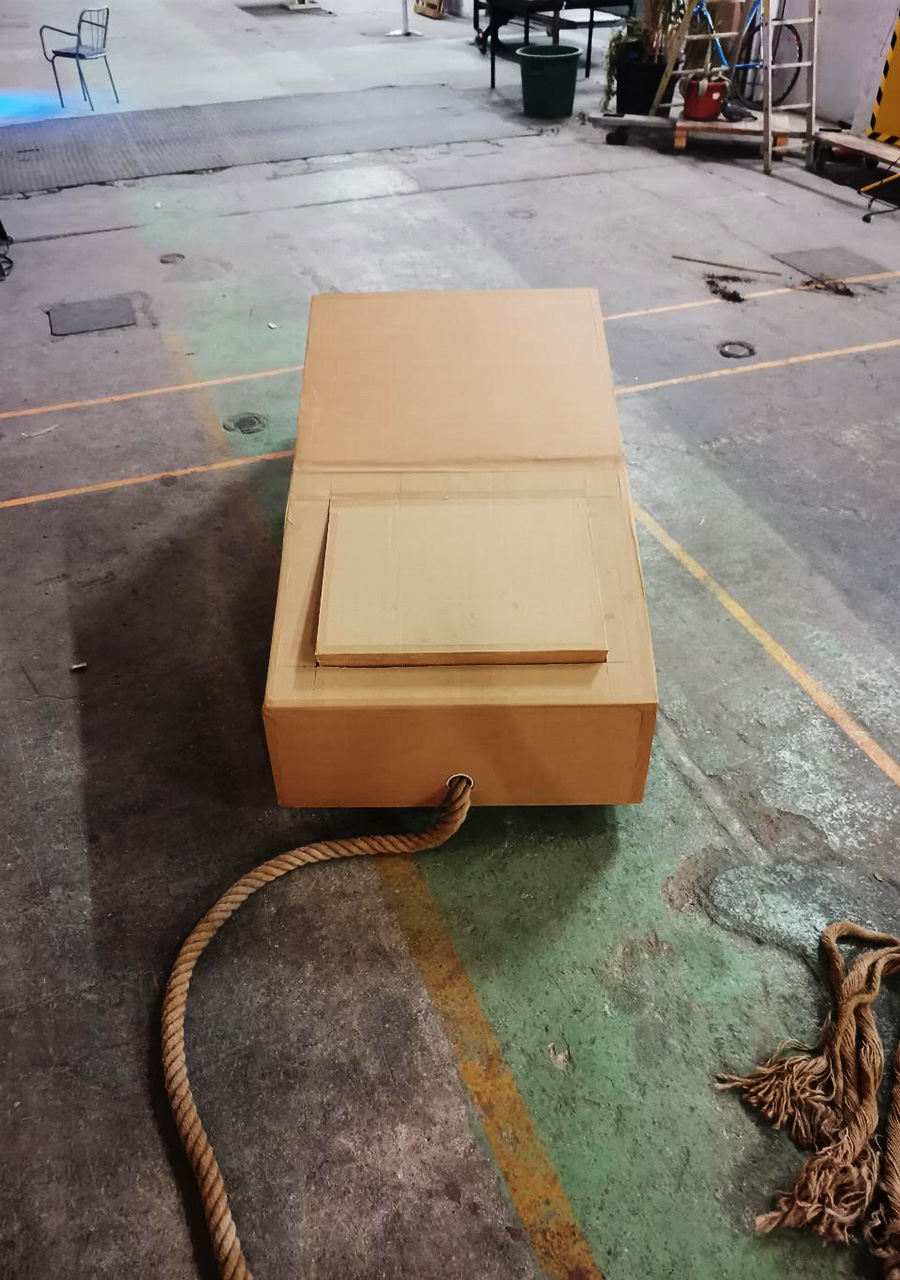 To make the button also work electronically we placed an arcade button inside so it gets pressed when somebody clicks the mouse. The movement of the mouse was detected by an optical flow sensor (an ADNS 3080), which is literally the sensor of an optical mouse, but with a small adjustable lens attached so that you can change the focal length. The sensor was placed inside the enclosure facing downwards, for better tracking results we also put some LED lights next to it, so the floor was illuminated properly. 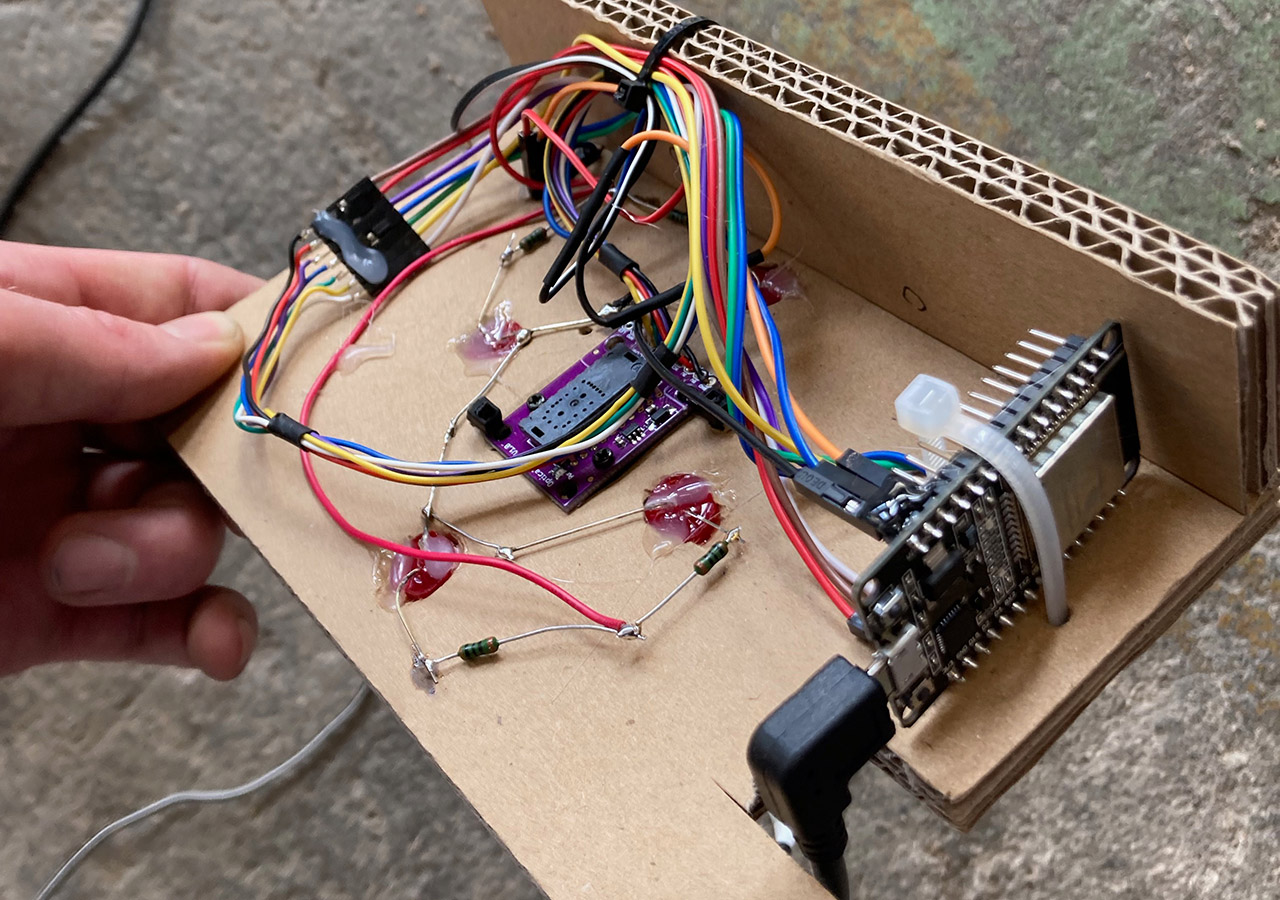 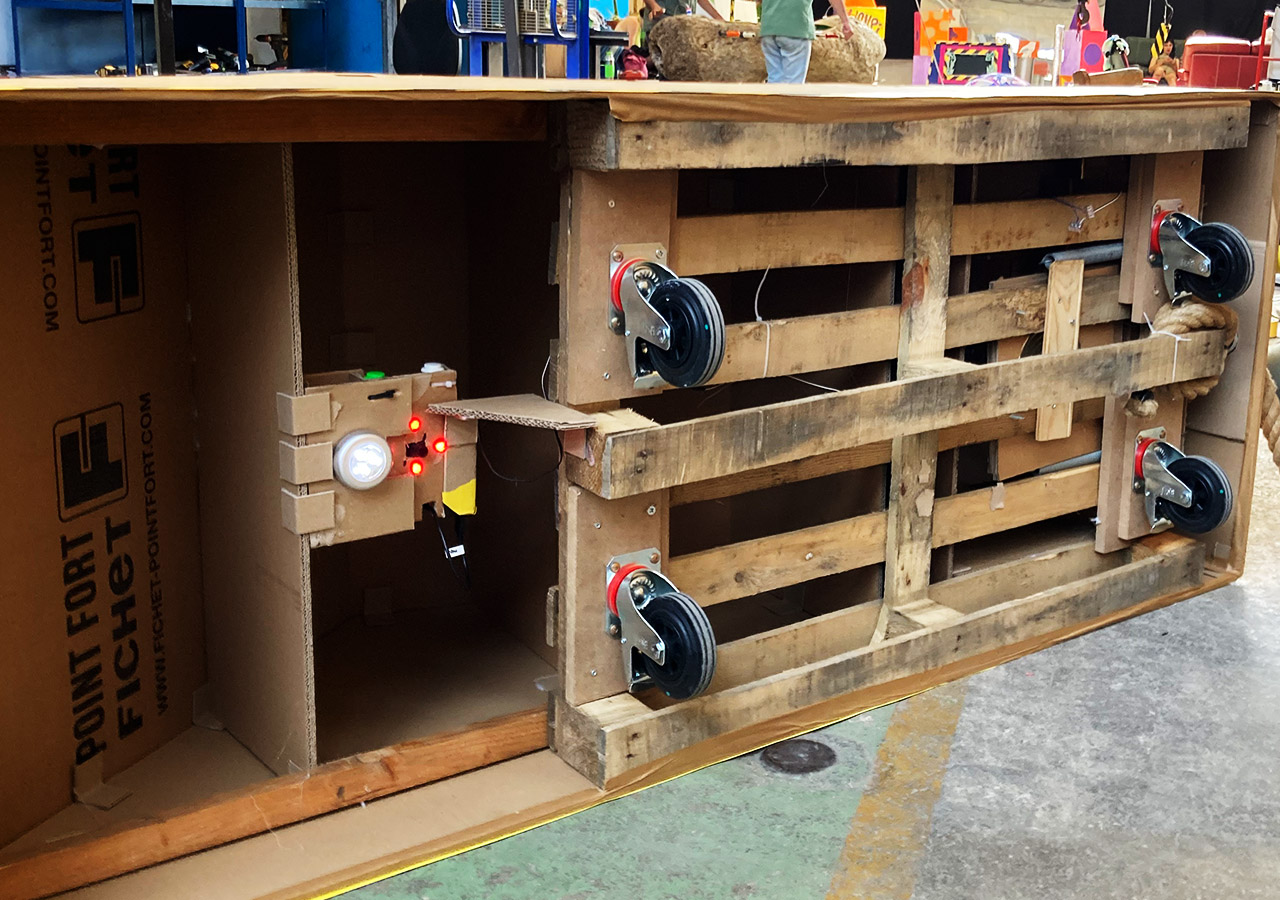 Connecting our gigantic mouse to a computer was straight forward. We used an ESP32 micro controller and this library to turn it into a bluetooth mouse, so it was usable like an ordinary wireless mouse mouse. Everything was powered from a small powerbank, which easily lasted for a day. The computer case was also built mostly from cardboard and housed a fortyish-inch plasma screen, which was turned by 90° so it resembles the portrait format from some old computer-screens. 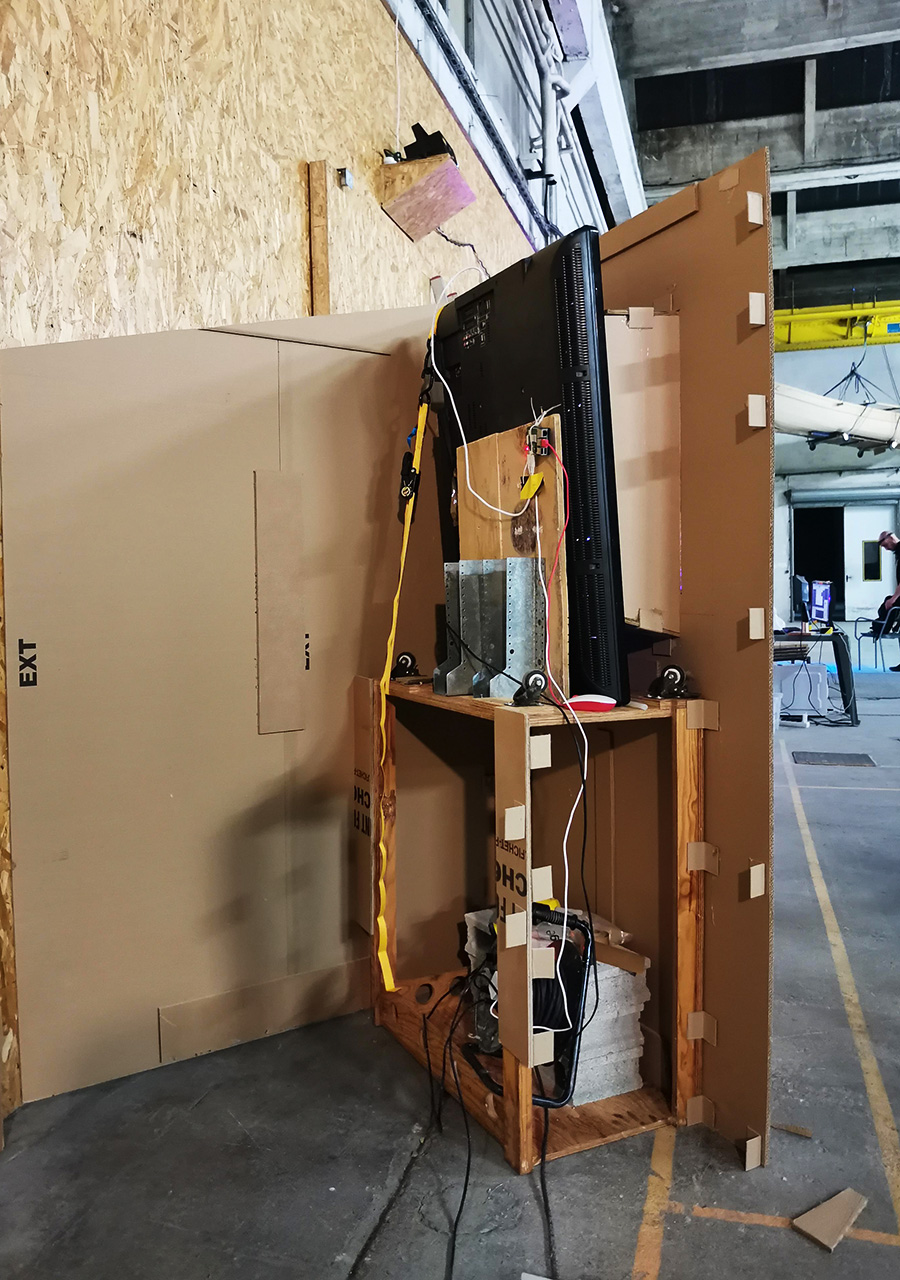 To complete the look Pierre and Thomas also added a massive rope as wire between mouse and PC, which even had a custom made connector from cardboard. Sometimes, when the mouse wasn't working properly, Pierre just unplugged it, blew in the connector, and plugged it back in :) 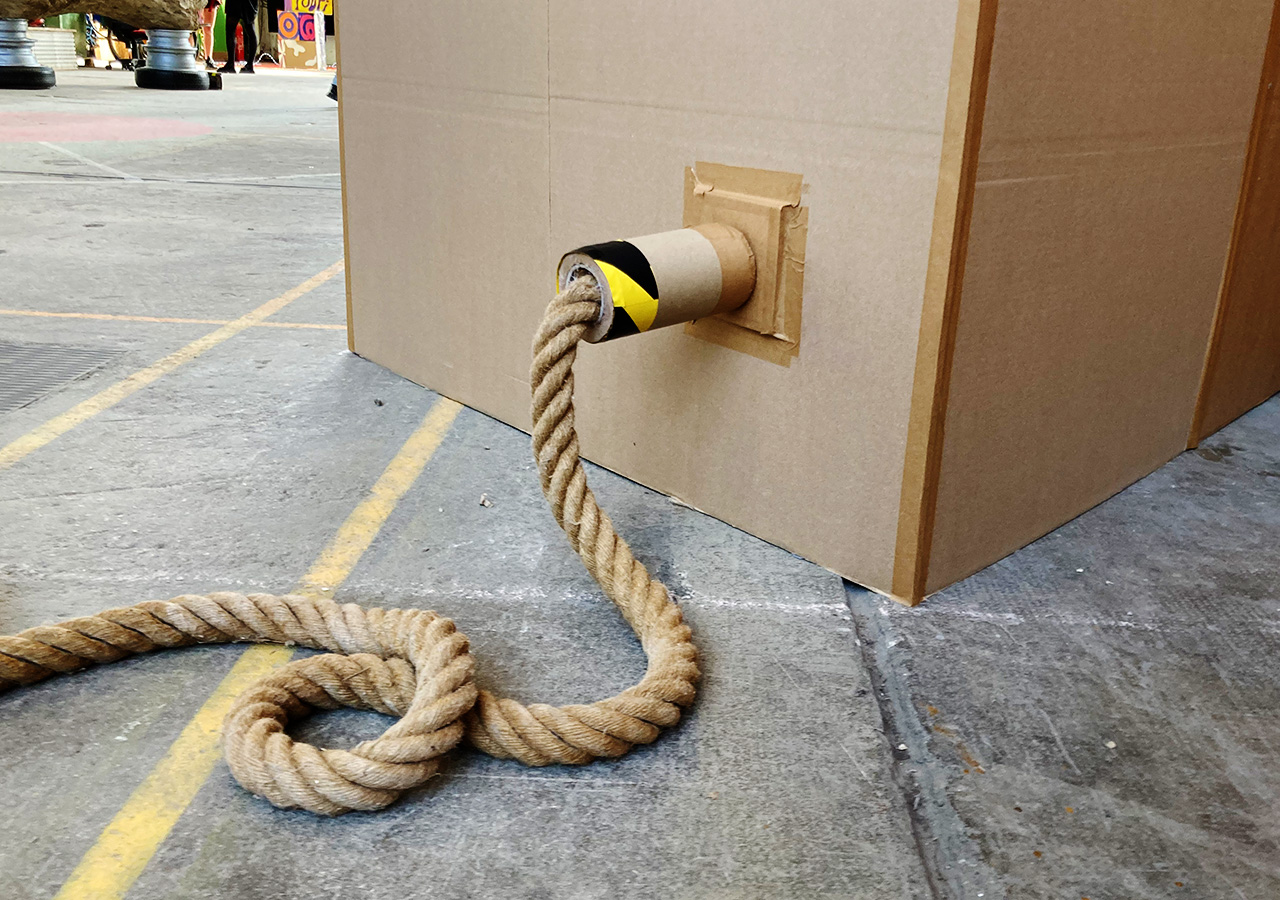 The operating system was actually just a Processing program, which randomly picked a pop-up window and an accompanying sound from a database. Since it was such a simple and not very resource-hungry program, we could easily let it run on a raspberry pi. 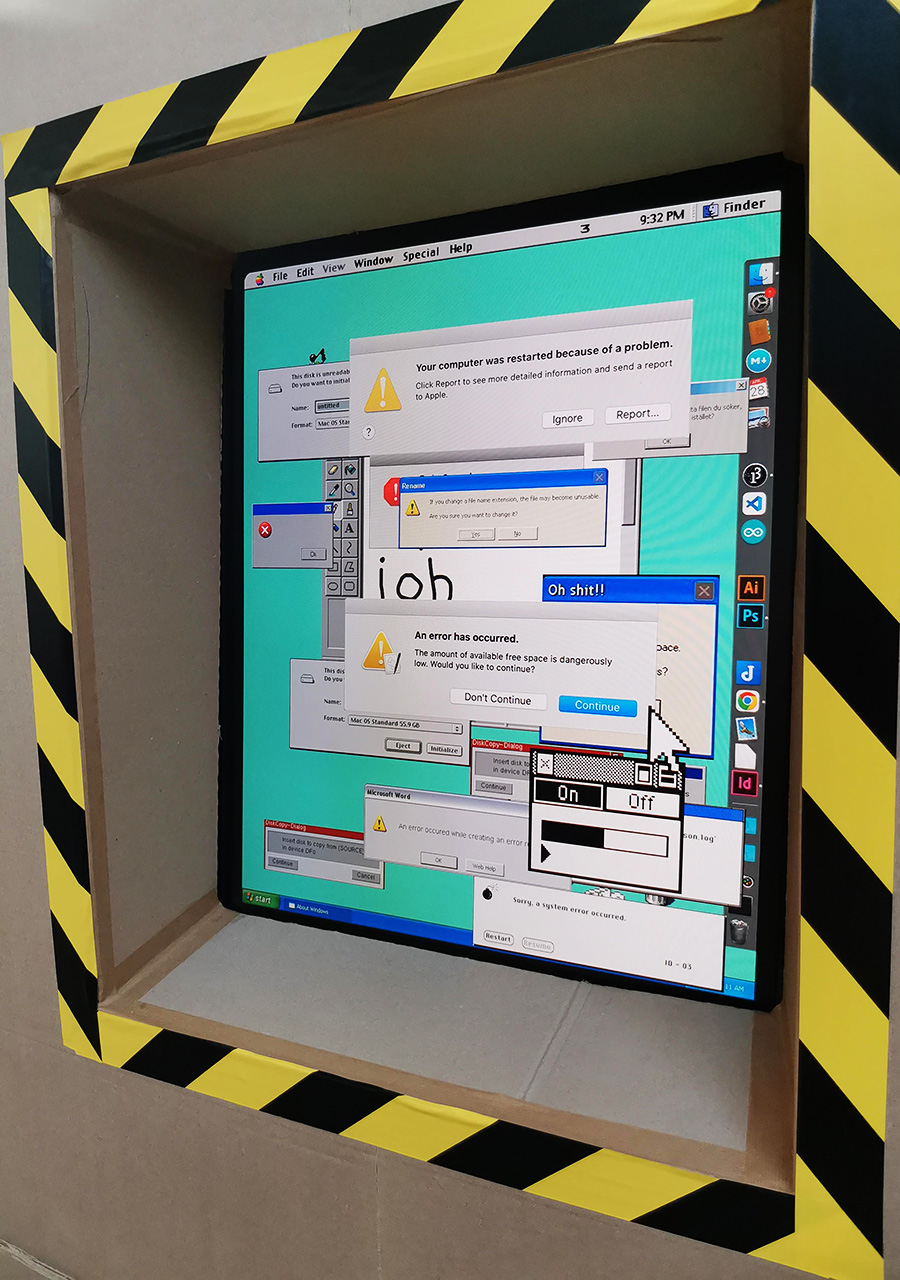 We have built Office job at les 8 pillards, a shared studio space of about 65 artists, located in an old machine factory in the north of Marseille. Working there was just fantastic, they had a huge storage of materials, lots of space and also very well organised workshops with all the needed tools. What impressed me the most was the prevailing sense of community and how they managed get so many artists from different fields under one roof. It was a BLAST and I want to come back! Merci tout le monde!
Special thanks go to Antonin Furneau for inviting me and to Thomas Molles for being such a great host! 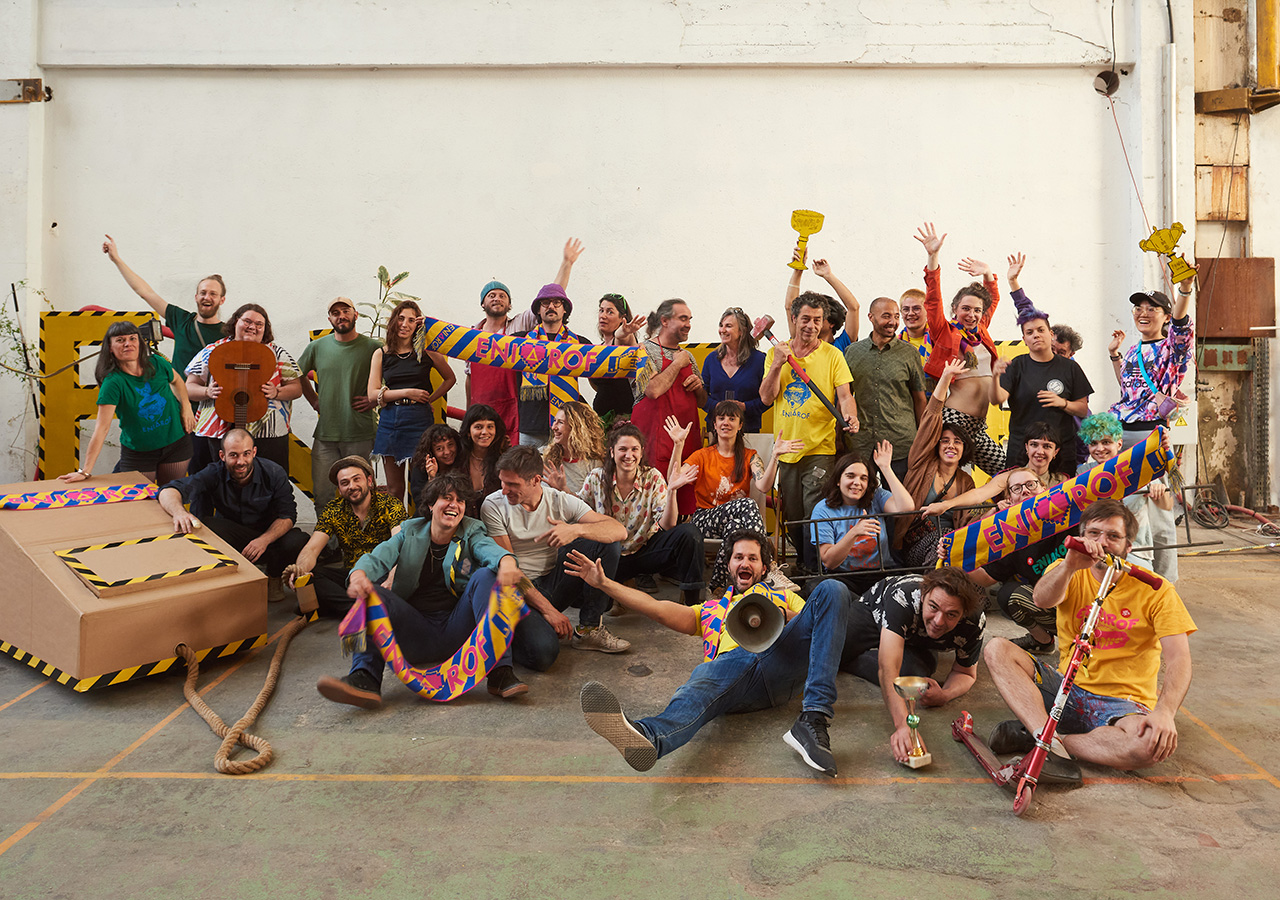