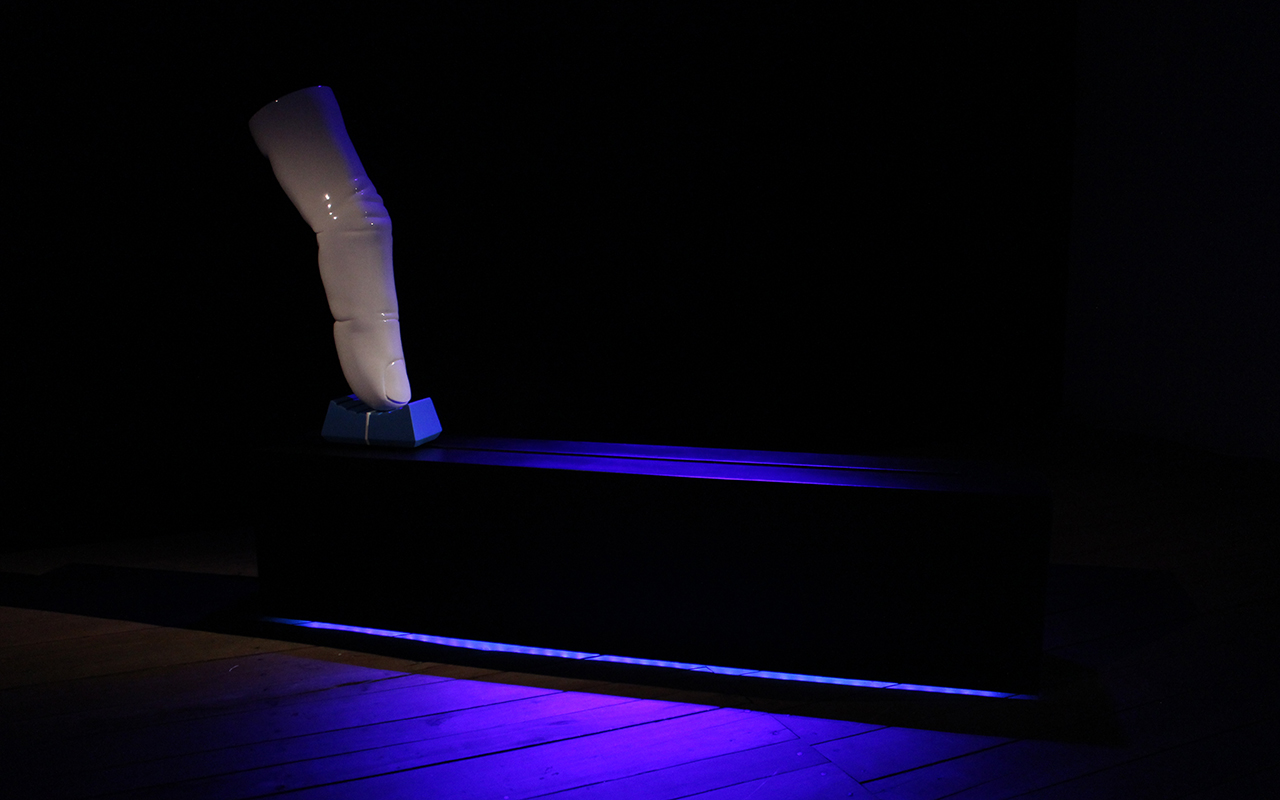 Epic fader move is an executed joke that escalated a bit. While talking to a friend about tendencies in electronic music performances he complained "it's all about epic fader moves nowadays". This sentence immediately sparked the idea in my head that it would be nice to create a machine which performs epic fader moves but I had no clue how this might look like, so I parked the idea and somehow forgot about it.
A few weeks later Luca and me found an old A0 plotter near the trash bins, so we took it to the studio for salvaging some electronic components. While taking it apart and seeing this massive linear rail it immediately reminded me of the guts of an oversized fader and the idea I had weeks before. At this moment everything was clear: we have to make a large finger sitting on a fader performing the bespoken epic fader moves. So we downloaded a 3D model of a finger and split it into seven segments we could print with a 3D printer. Then it was just a matter of painting and sanding and painting and sanding and....so on.
For controlling the fader and generating the sound we chose a Teensy 3.2 micro controller since it had everything we needed. The seemingly ever rising and falling sound is just an illusion which is created through a technique called shepard risset glissando. 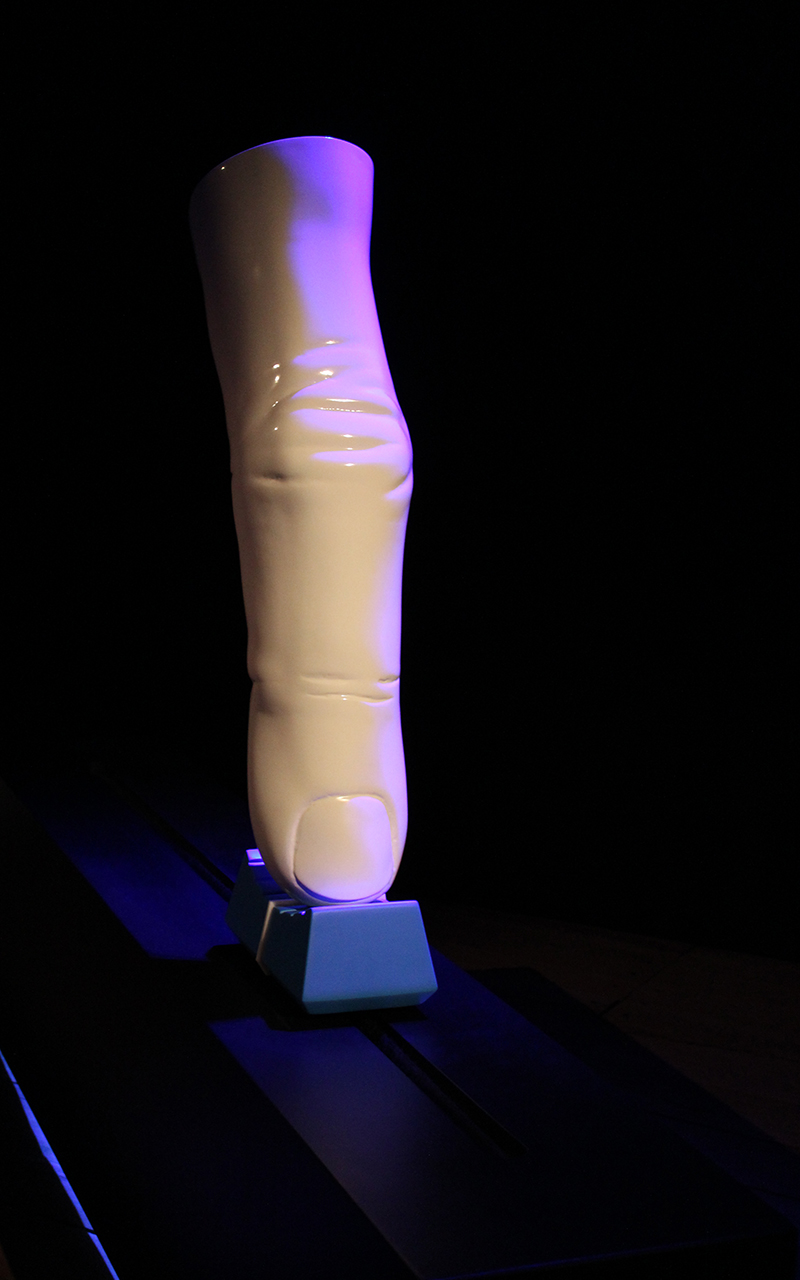 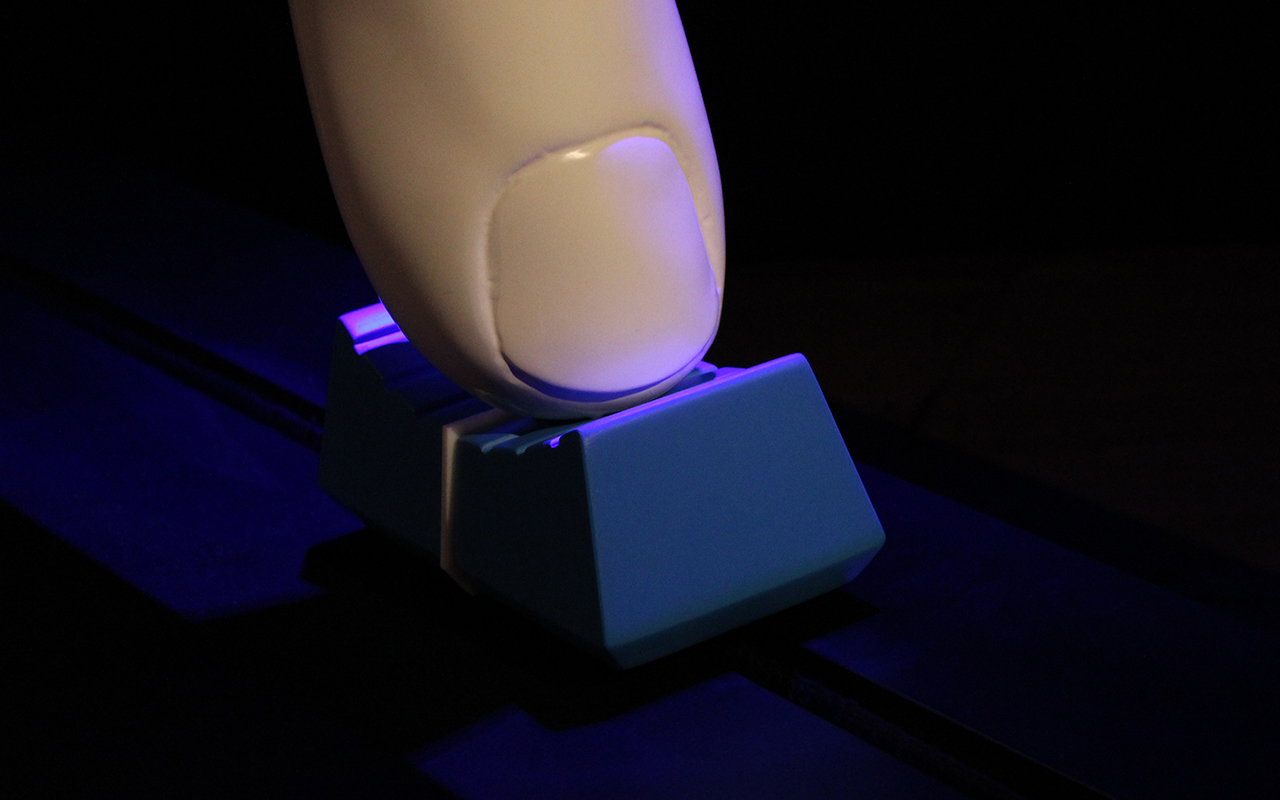