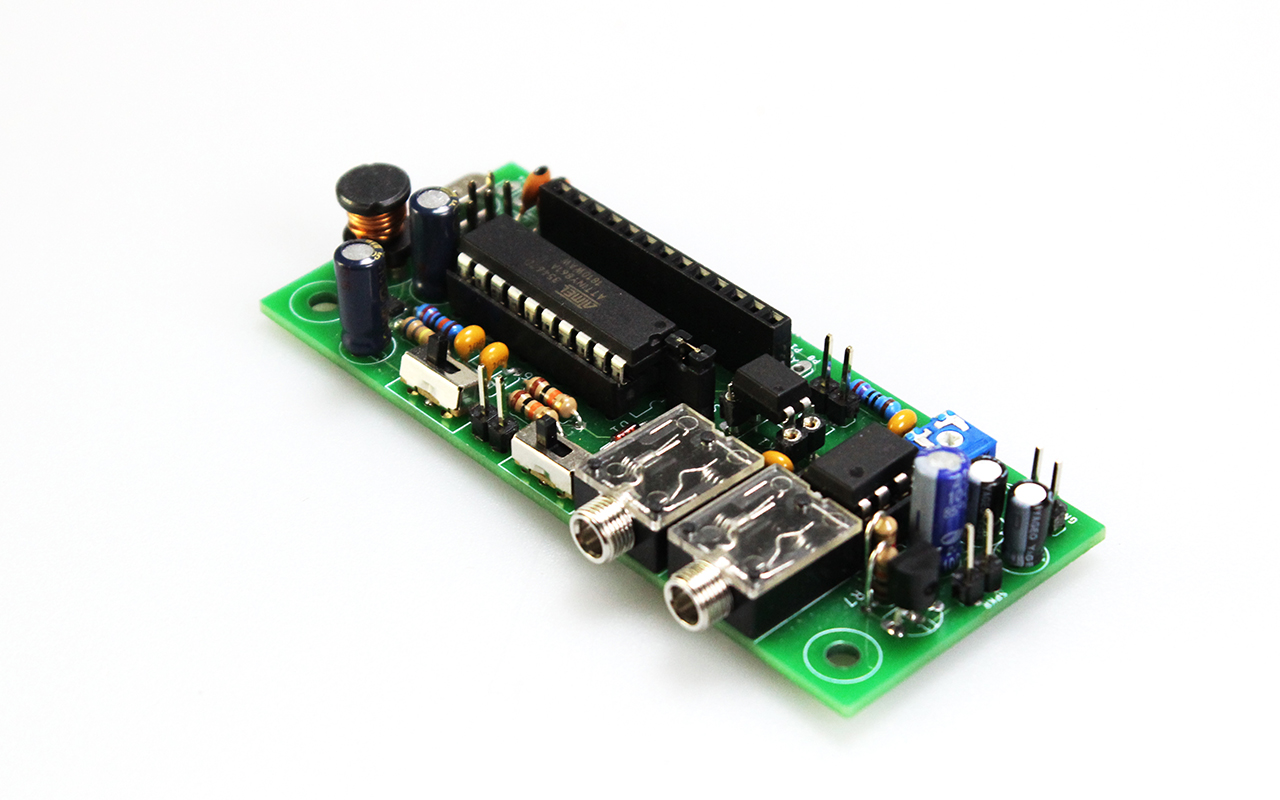 Fizzi is an open hard- and software platform for algorithmic sound synthesis, which serves as a basis for building, programming and experimenting with simple digital synthesizers based on a micro controller. It consists of two components, a circuit board and a program library. A formula which has to be thought out by the user is the core element for producing the sounds. 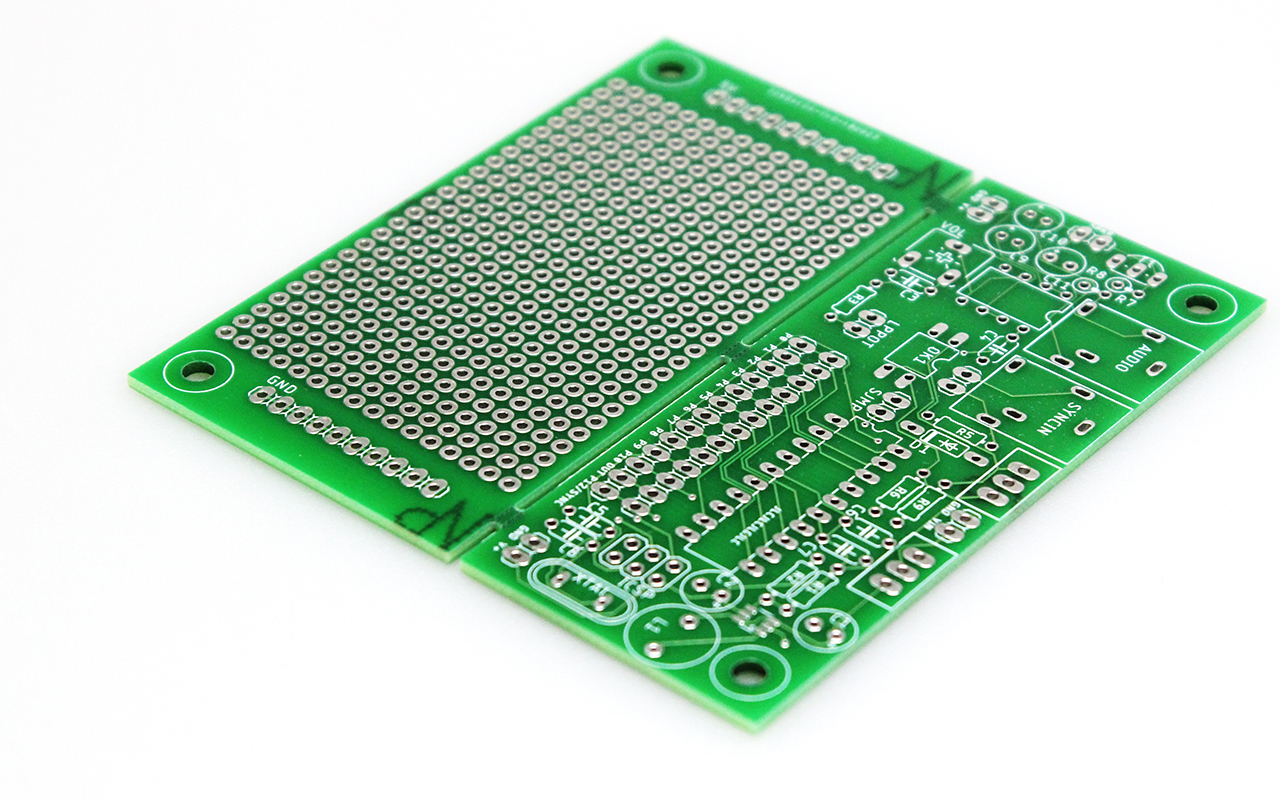 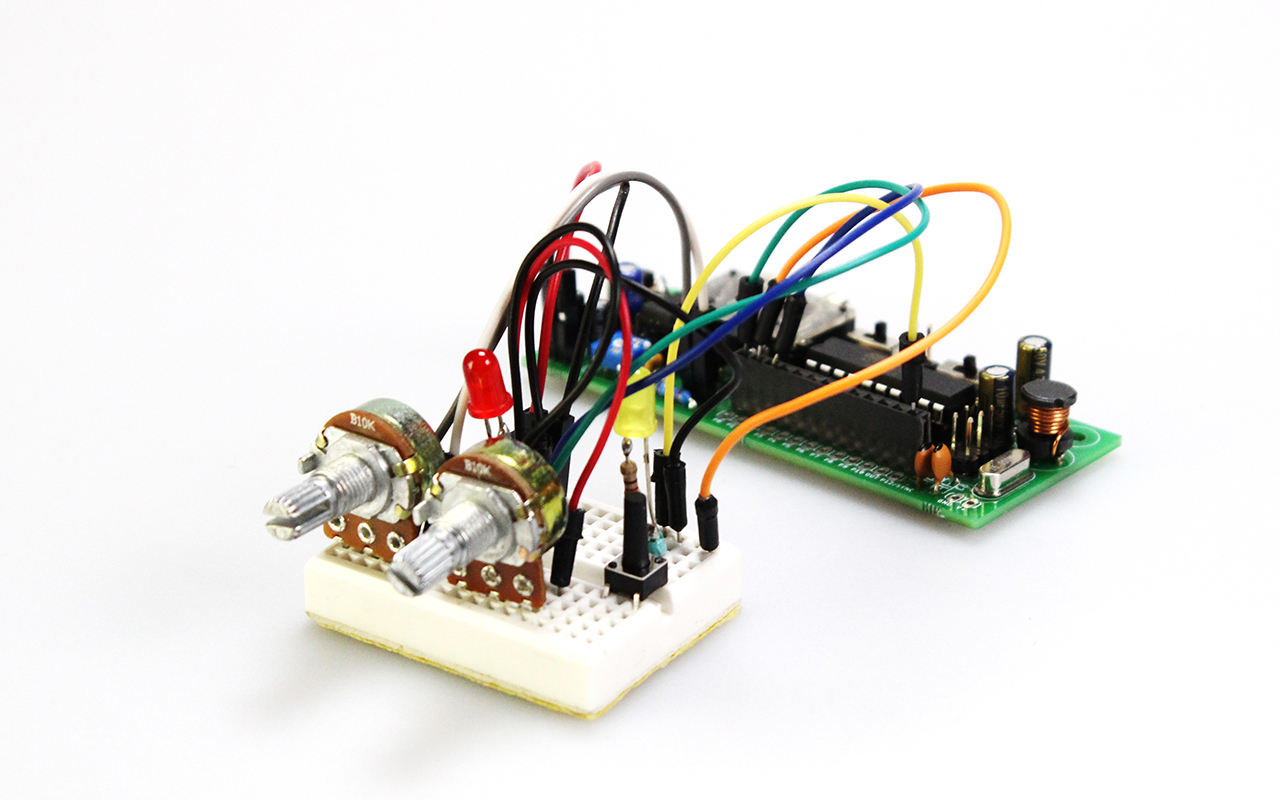 A number, we call it t, is counted up continuously. This number is used in a thought out formula which can contain elementary arithmetic as well as binary and logic operations e.g.

At a fixed sample rate which is eight thousand times per second for fizzi, the result of the formula is calculated. Due to the fact that the value of t changes with every iteration the outcome of the formula changes, too. This outcome is our audio sample which defines the amplitude of the output signal in the given moment. By producing different values over time the amplitude of the signal changes, thus audible frequencies will emerge. A stream of sound that will repeat regularly more or less fast is the result. For manipulating the sound one can then introduce some variables to the formula. By altering their values through interface elements or other algorithms the sound can be changed. This makes it possible to generate many different sounds from only one formula, if for example only two variables are used, each of them ranging from one to eight, already 8 x 8 = 64 combinations are possible.

The circuit board houses a minimalistic circuitry for building a digital synthesizer or sequencer. The core element is a micro controller (ATtiny 861) that is easily programmable utilizing the arduino environment. It has 11 general purpose inputs and outputs for connecting interface elements like buttons, knobs, faders, leds, joysticks, encoders, gyroscopic sensors ... you name it.

An amplifier and a lowpass filter form the audio output, besides that there is an input for voltage trigger signals. This allows for synchronization with other fizzi based instruments, but also commonly available synthesizers. The final touch is given by a regulated power supply and a perfboard section for placing additional components e.g. needed for implementing certain interface elements. If the perfboard is not needed, it can be snapped off easily to reduce the size of the board. 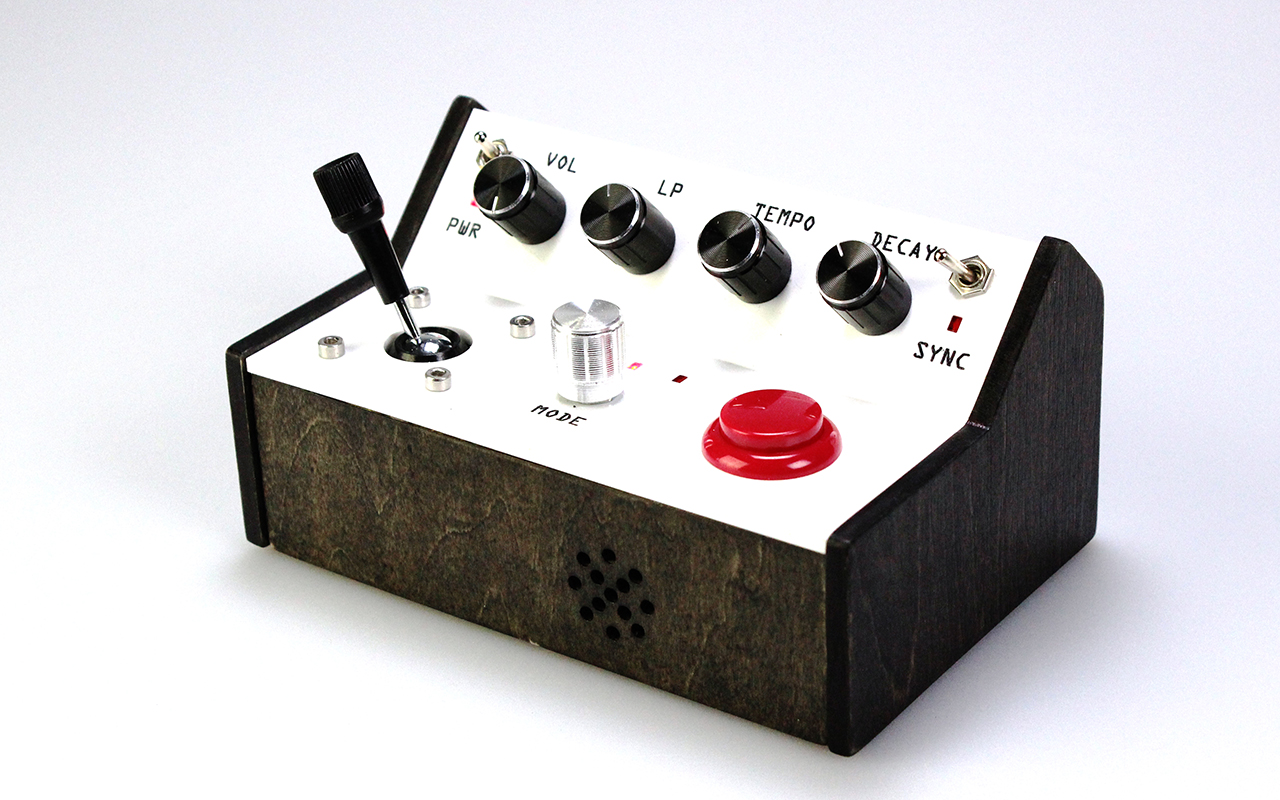 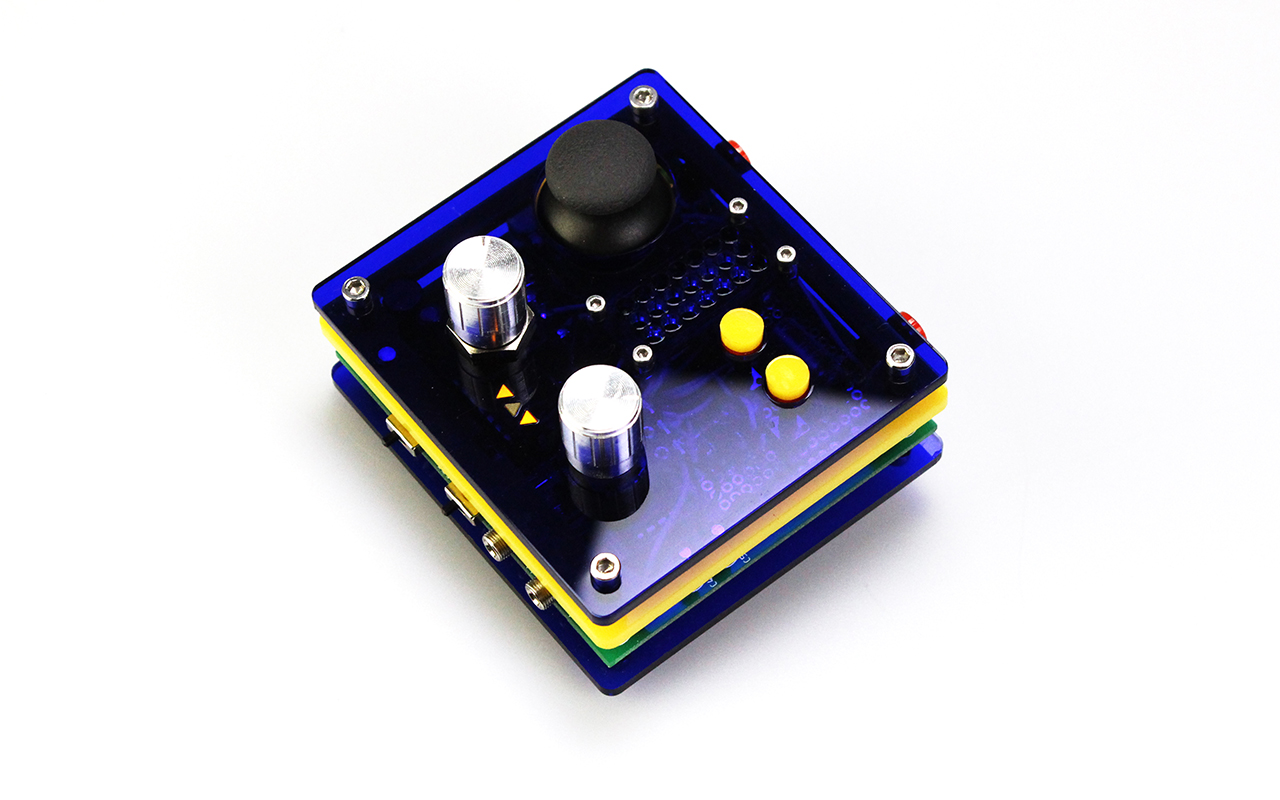 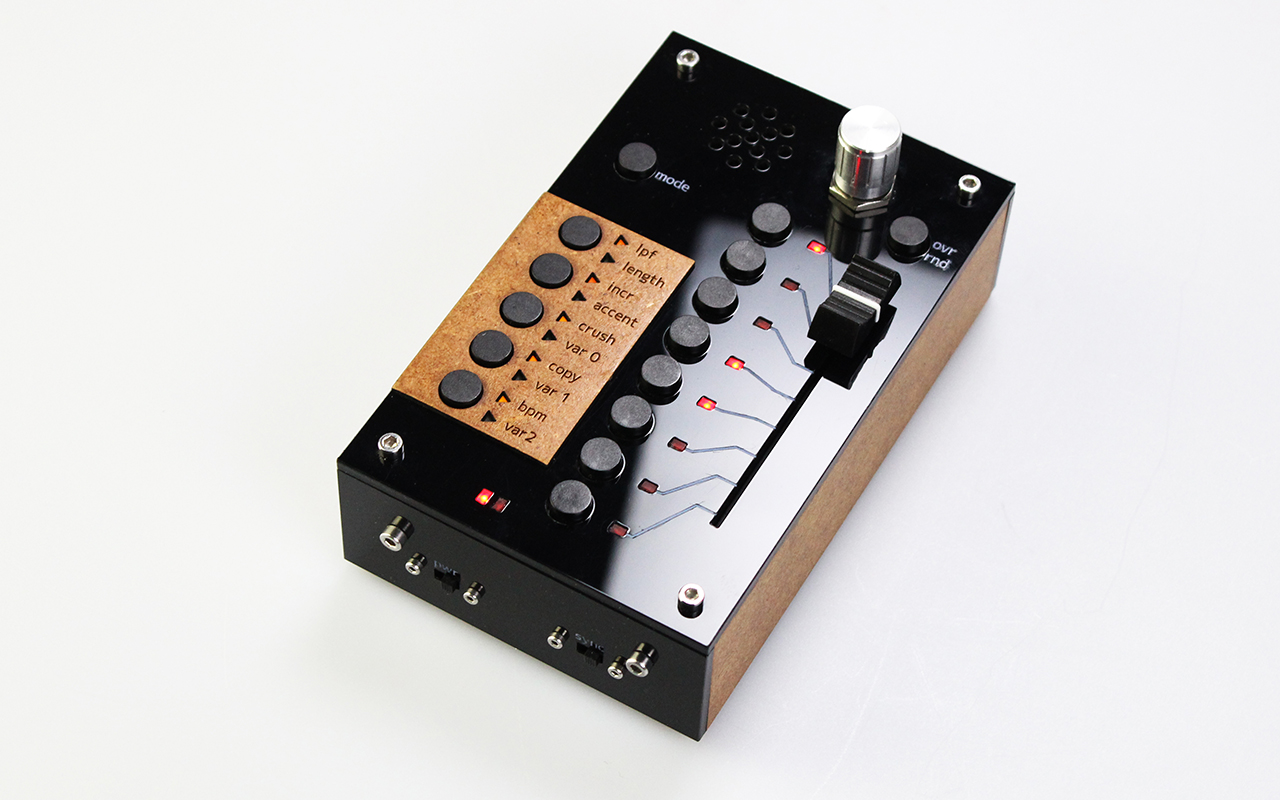 The Masterunit is the part where different fizzi based instruments can be synchronized by interconecting them. Basically it is a sequencer with eight outputs for sending trigger signals. These signals are based on patterns generated through different algorithms similar to the formulas for the synthesis, but also well known mathematical principles like the fibonacci numbers. The connected devices will start to play a tone or alter it when a trigger signal was received depending on the programming of the instrument. When playing alone or together with other people the ‚Masterunit‘ takes the role of a director who leads the composition. It also adds another algorithmic layer to this musical experiment and allows for an even deeper dialog between the musician(s) and the algorithm. 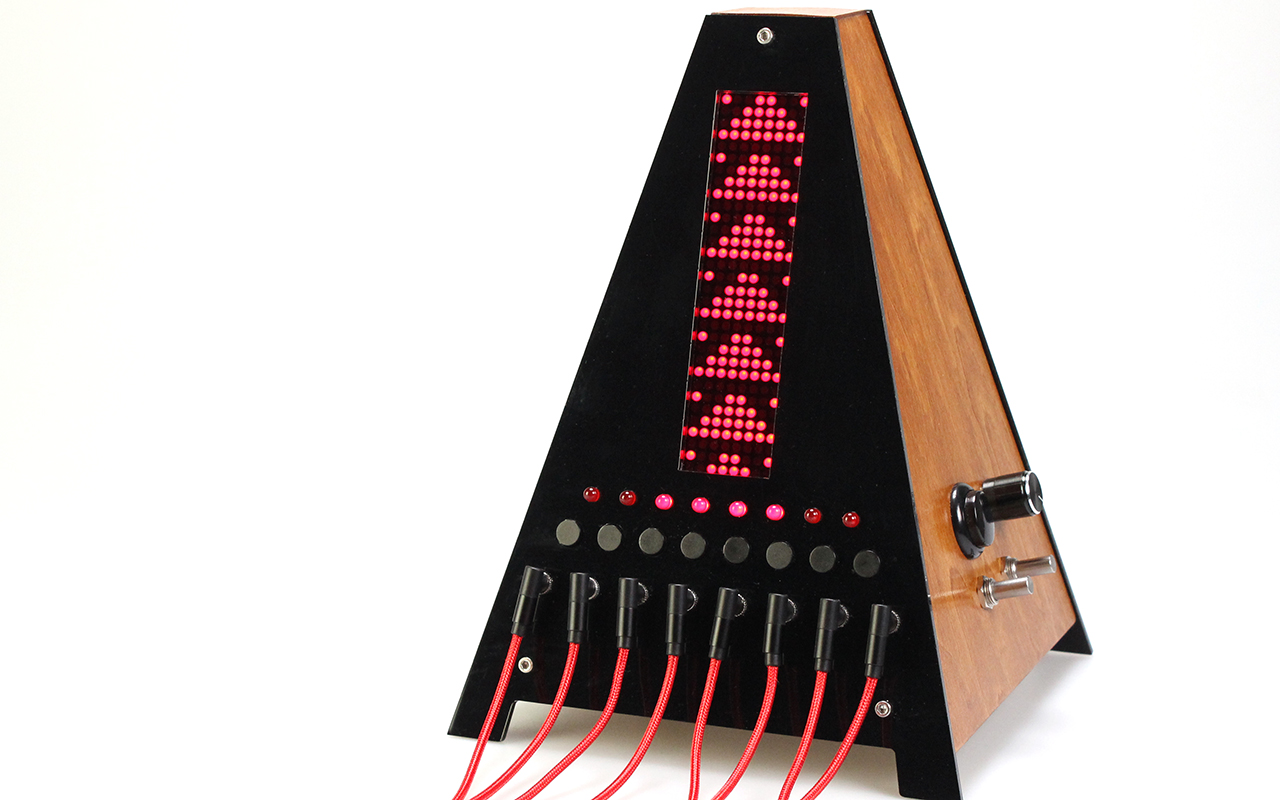 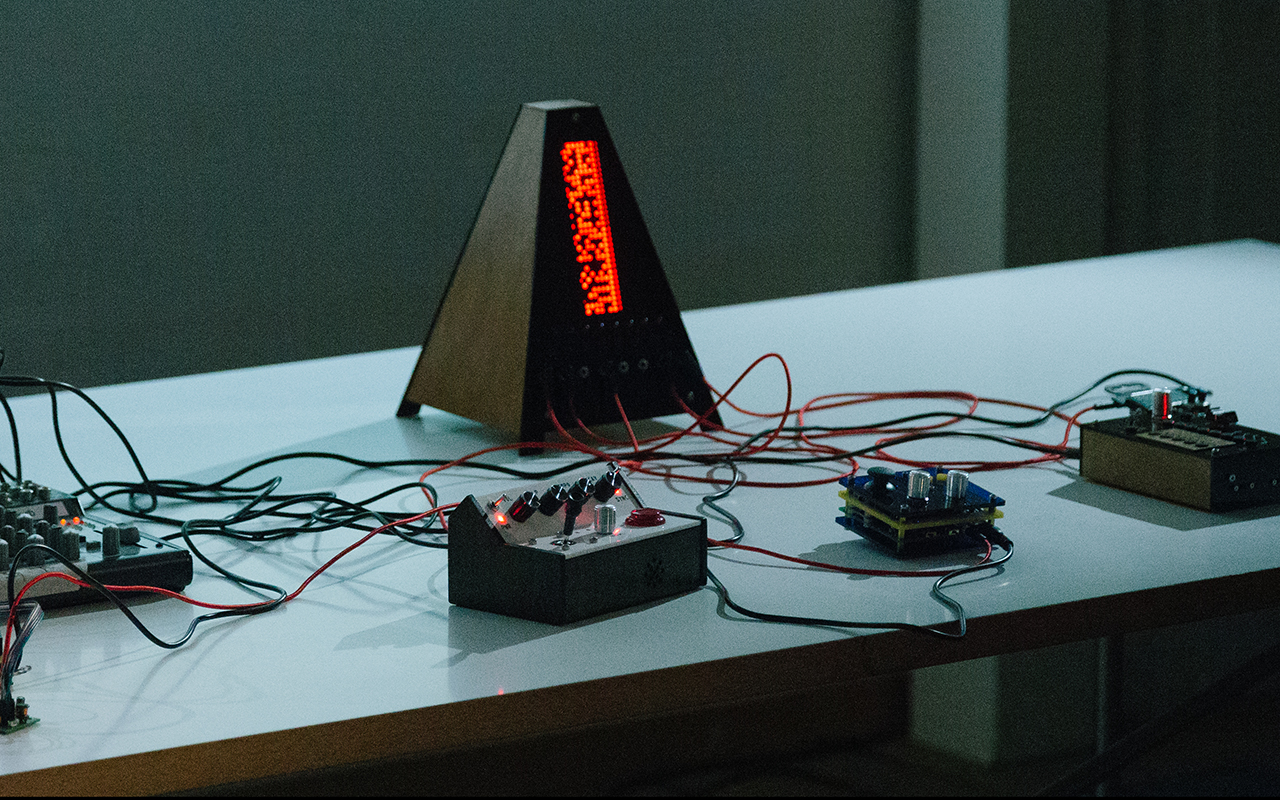